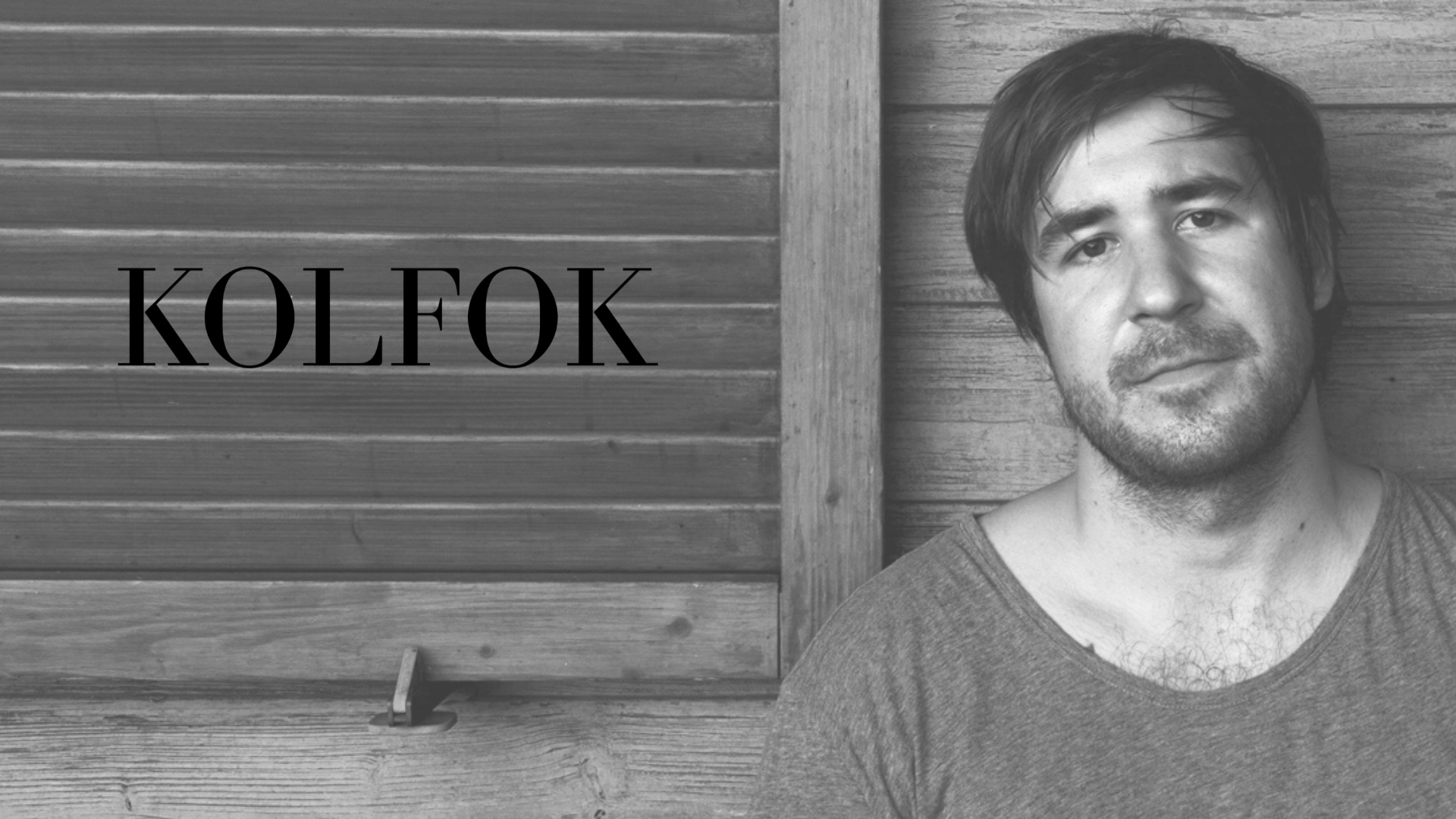 The word has its origin in Burgenland.
It describes a character who critically decides against the convention.
My wines are not produced or made, rather I would like to act modestly as an observer, giving the wines themselves complete freedom.
From the little that remained in old vineyards in the region, pull the authentic into the bottle.
Wine that has become and not made.

"I want to show those exceptional conditions in my wines. That's why I work natural both in the vineyards and in the cellar. To prevent mono culture the vines are growing organically together with other herbs and plants. In the cellar it's very easy - the wine leaves the press without the use of pumps into local oak barrels which can be from 600 liters (Halbstueck) to 1200 liters (Stueck), this is where the stays without fining, moving or even sulfuring. At the optimum time they are bottled unfiltered with a minimal addition of sulfur." 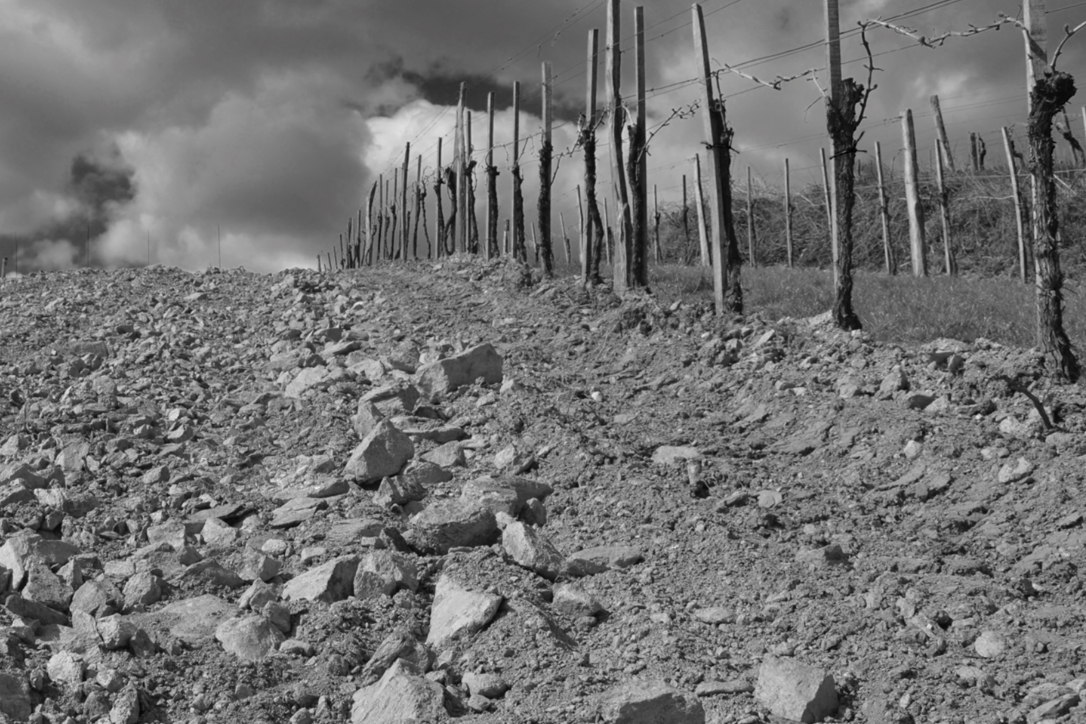 The cuvée of mostly Grüner Veltliner, as well as the accompanying varieties Chardonnay and Muskat, is rooted in several origins. Part of the Grüner Veltliner comes from a location 350 meters above sea level, which has limestone both above and below the bottom. The other part of the Veltliner comes from a lower location in Neckenmarkt, where volcanic clay clay soil occurs on 250 meters. An almost identical floor also with the Chardonnay, which however is in Horit at only 200 meters above sea level and therefore has a much cooler microclimate. Finally, the smallest part of the cross-section comes from Neckenmarkt again. An old vineyard, where for several decades several types of muscat have been rooted in barren mica slate. All in all, there is a nice cross-section of the layers, the soils and the general taste, traditional Burgenland white wine.

At Grüner Veltliner, it is primarily younger vines that are only at the beginning of their development, but are already showing their origin through natural management. Chardonnay has only really been used increasingly since the 90s and shows an unusual grace on heavy soil. Due to the age of the Muskat vineyard, the warmth of the slate soil can be compensated well for the variety.

The varieties were vinified separately, i.e. harvested by hand at different times.

In the first week of September, the nutmeg vineyard was harvested, the whole grapes were lightly crushed in the reading box by foot and macerated overnight in cool cellar temperatures. Squeezed the next morning and immediately fed into a 300 liter barrel by using the gravitation from the press. Grüner Veltliner and Chardonnay were read separately in the second week of September. As with the nutmeg, the whole grapes were squeezed in the reading box and macerated for about 10 hours. After pressing, the must of the respective type was filled directly into large wooden barrels.

The fermentation temperature does not go up in the constant wine cellar, hence a very slow spontaneous fermentation that only ended in December. Only in the Grüner Veltliner was the coarse pulp deducted in January; Chardonnay and nutmeg remained on the whole yeast until bottling. In July the wines were put together and slightly sulphurized shortly before filling.

2 vineyards are old plants from 1970 and 1975 with still refined Rotburger vines, the other vineyard is from 1963 and in addition to the Rotburger also shows varieties such as St. Laurent, Blauburger and Blaufränkisch. Around 5% Syrah comes from a neighboring location. The vineyards are all low in nutrients, hence a regulated growth that keeps the sugar content moderate during ripening.

The two 100% Rotburger vineyards were rubbed and carefully moved as whole berries into the open fermentation tank - the aim was to get as many whole berries as possible. The other parts of the mixed vineyard and syrah were added as whole grapes. The fermentation tanks were then sealed with a film and transported to the cool cellar. 65 days of natural “maceration carbonique”, without the addition of any treatment agents, then pressing and filling into both large wooden barrels and used 500 liter barrels. Aging for 10 months on the lees.

The naturally created carbon dioxide of this method is gentle on the aroma and thereby underlines the fresh fruitiness of this table wine. Sulfur was dispensed with both during the entire vinification process and during the unfiltered bottling. No added sulfur.

Rotburger, clearly uncomplicated and yet sophisticated, different and an example of the other side of this variety.

The Bodigraben is one of the oldest vineyards in the Neckenmarkt vineyards. Although the slope was formerly known simply as “poor-Leut-Berg” because of its steep exposure and stony, barren soil, it is now one of the most valuable locations in Neckenmarkt. Orthogneis defines the sub-floor and can also be found on the surface, where the rock, as a reflective heat accumulator, creates a warm microclimate. The location is a ditch, so to speak, which is divided into north and south slopes, the latter providing maturity and strength, the north slope for balance and elegance.

The vineyard was planted in the mid-1960s with an old clone selection and self-refined vines. Unlike younger clone selections, the berries of the old vines are larger, as are the grapes. However, the berries are very thick-skinned, with a lower water content and therefore lead to higher extract values ​​in the wine. Through the year-round greening, the vines root deep into the ground and can thus better compensate for stressful situations.

A not too late harvest at the end of September was important in order to maintain freshness that was important for the Blaufränkisch. The influence of the Orthogneiss on the microclimate should not be underestimated.

The grapes were harvested by hand in 15kg boxes, carefully selected in the winery, rubbed and transported as whole berries to open vats, some of which were added as whole grapes.

The fermentation started spontaneously the following day. The mash cake is moistened with fermenting must a few times a day or pushed in by hand during fermentation. After 30 days of maceration, the pressing and filling into large wooden barrels (600lt. & 1350lt.) Followed using the gravitation. All treatment agents were dispensed with during the entire vinification process, including sulfur. A short dose was administered shortly before the unfiltered bottle filling.

Three different vineyards in Neckenmarkt with the most distinctive soils of limestone slate and granite. Traditionally fermented in oak casts for a month with 15% whole cluster. Stays in a 1200 liter barrel for a total of 18 months. No filtration or fining.