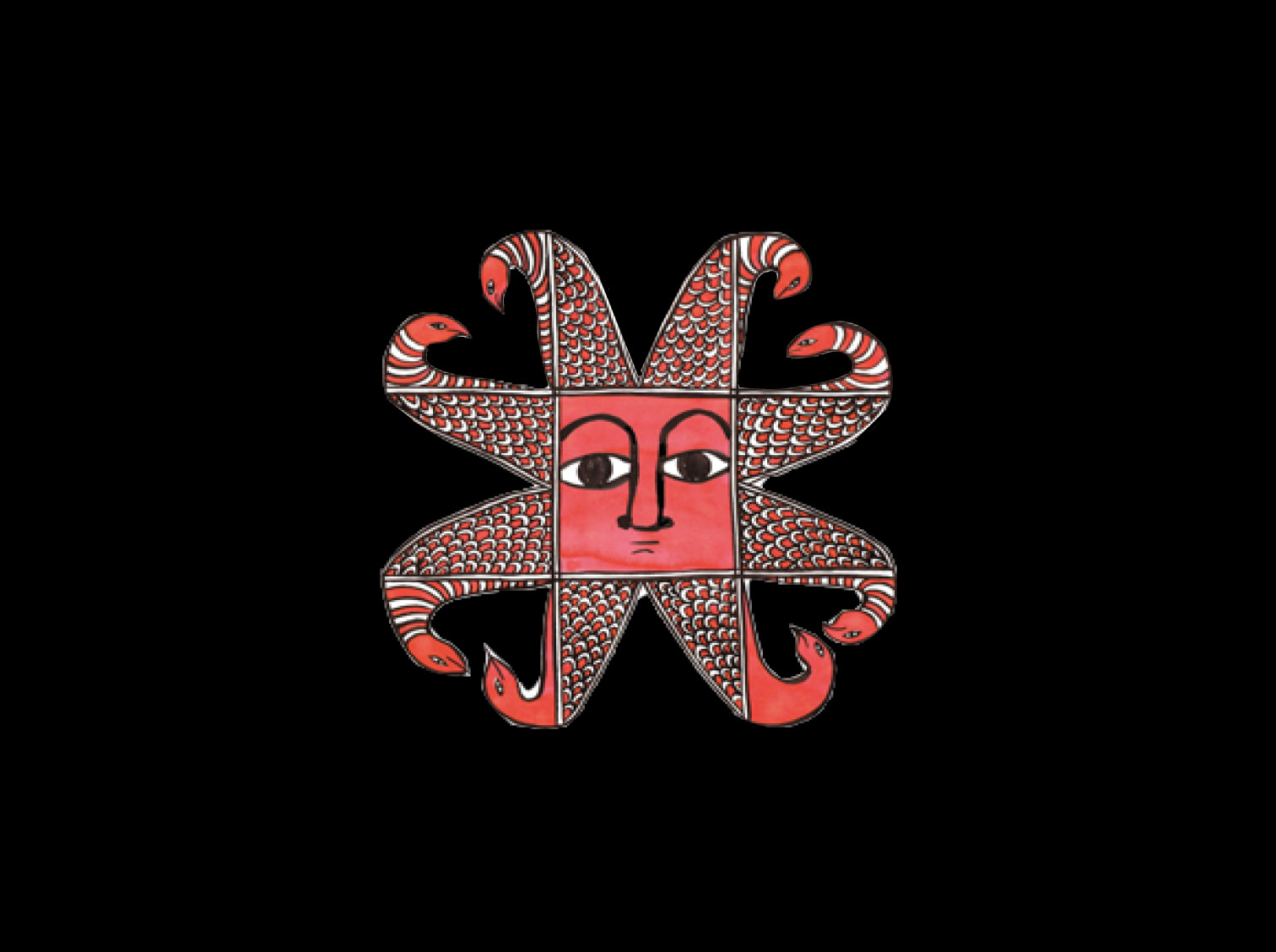 A short narrative on a long time line; 2004, Stephen, Fiona, Bella and Finn return from Piedmont to find Nebbiolo growing in the Northern Adelaide Hills just outside Gumeracha. Planted by Rose and Frank Baldasso in 1999.

Many chances to purchase the vineyard but only one reason; five clones of Nebbiolo planted on a western facing slope the only variety worth keeping.

To make Nebbiolo is to understand tannin and that paradigm drives all of Stephen’s red-winemaking decisions (before all others). But what is Australian Nebbiolo? How does it translate? “We shouldn't attempt to replicate the wines of Piedmont but rather create a unique style of Nebbiolo that speaks of our place”.

That place or country is surrounded by native Australian bush. Bush that burns,“signed on a Monday on fire by Friday”, a uniquely Australian story of Nebbiolo. Two times in twenty years the vineyard has been surrounded by fire and twice it has survived.

‘In late December 2019 Fiona and I signed a contract for Rose and Frank Baldasso’s Gumeracha-vineyard. Planted to all the wrong varieties bar one: five clones of Nebbiolo we have worked with since 2005. The following week, it was surrounded by flames, and only through the courage of others was Protero spared.

We are surrounded by brave people and we must also be courageous. To that end we have removed Chardonnay, Pinot Noir, Merlot and Viognier and planted varieties we like drinking and believe in: Barbera, Dolcetto, Gewürztraminer, Pinot Gris and Riesling. All well suited to the landscape, the region and, in particular, this place, Protero.’ Stephen and Fiona Pannell

“Why can’t we take Pinot Grigio seriously? What’s holding it back? It deserves a place on our tables and I believe this release shows why.” SCP

Vineyard: Peramangk country: Pinot Grigio - Bowyer Ridge Vineyard, Lobethal, Pinot Nero - Kenton Creek Estate, Kenton Valley.
Growing Season: Joyous. No stress in the vineyard with plenty of water and heat at the right time. An extended ripening period without disease pressure lead to great flavour. The fruit was plentiful and perfectly ripe. What a strange contrast to the previous year.
Harvest: Pinot Grigio – 12th March 2021, Pinot Noir – 18th March 2021
Blend: 94 % Pinot Grigio, 6% Pinot Nero
Process: Pressed and crushed separately and held as juices in tank to clarify until the 1st of April. Blended as juice and co-fermented for 10 days. No additions and no Malolcatic fermentation.
Maturation: Chilled and held in tank, racked once.
Bottled: Filtration at bottling on the 16th of July 2021, 12,000 bottles produced

Aroma: Floral | Alpine | Precise. A Euro angle. Marzipan and white blossom lead the charge followed by white fruits including nectarine and beurre bosc pear and lastly, yellow straw- berry.
Flavour: Pure | Zest | Restraint. Starts with orange zest flips into alpine water and follows up with pomme fruit that comes as a punch long after the first sip.
Texture: An exciting Italianicity much like Soave.
Cellar: Too hard to wait drink it now.

“The International flavours of Barbera make it an ideal accompaniment to the Australian way of life, be it the food we eat or our support for the underdog. It may come second to Nebbiolo in its native Piedmont but that doesn’t mean its short on authenticity or character and in many ways is my preferred variety for everyday drinking.” SCP

Aroma: Classic | Calm | Poise. None of the tuty fruity bubblegum fruit character typical of low tannin varieties. Scandinavian - forest berries and preserved protein followed by a Japanese temple – polished floorboards and incense.
Flavour: Glossy | Tension | Refreshing. Deliciously medium bodied with loads of pink fruit and cherry compote. Bay leaf and subtle spice give rise to an umami finish.
Texture: Mouthfeel is driven by acidity with tannin sitting well back on the palate.
Cellar: It can and will cellar well for up to ten years.

"This has such showy ripe red fruits with berry pastry too, some gentle spice and dried red currant as well as a peppery edge. Perched on a good point of ripeness. The palate has a succulently juicy feel with vibrant, plush red fruit flesh. Succulent and lively to the very last moment. Drink over the next five years. Screw cap."

“There really aren’t many places outside Piedmont where Nebbiolo has translocated well. This vineyard is one of those places and I am confident in stating that it may well be the ideal red grape variety for the region.” SCP

Aroma: Perfumed | Alive | Subtle - Immediately activates all the senses, a nose of brick dust,
rose petals, red fruit and linseed.
Flavour: Varietal | Confident | Charm - Strolls with long strides on red roads under blue skies, raspberry and layers of fruits-of-the-forest. The finish has a liquorice kick with amaro the final salute to it’s Italian roots.
Texture: The tannins are layered and present but sit back on the palate, latent and reserved, but bold and persistent.
Cellar: You could give it 10 but it is very good now.

“A white blend inspired by the wines of Northern Italy but strangely suited to the spicy foods my household craves. Try with Miang Kham.” SCP

Vineyard: Gewürztraminer - Woodside (Sam Virgara’s vineyard was ravaged by the 2019 fires but are now well on their way to full recovery. We are grateful to Sam for allowing us a small portion of his 2021 fruit.) Riesling - Echunga, Sauvignon - Carey Gully.

Growing Season: Joyous. No stress in the vineyard with plenty of water and heat at the right time. An extended ripening period without disease pressure lead to great flavour. The fruit was plentiful and perfectly ripe. What a strange contrast to the previous year.

Harvest: Gewürztraminer - 22nd of February 2021, Riesling and Sauvignon – 18th of March 2021
Blend: 76% Gewürztraminer, 20% Riesling, 4% Sauvignon
Process: The Gewürztraminer had completed fermentation before the Riesling and Sauvignon were picked. The two later varieties were co-fermented with fermentation stopped at desired level of sweetness by chilling. Both parcels blended on yeast lees and left to settle in stainless steel. No adjustments necessary. Residual Sugar at bottling 7.5 g/L.
Bottled: 23rd of July 2021, 14,000 bottles produced.

"Pannell shifted this across to Protero from the S.C. Pannell collection of wines. This is a blend of primarily Gewürztraminer with Riesling and sauvignon blanc from the Adelaide Hills. The aromatics are off the chart, with such intense florals and roses with lime, white-peach, pear and apple aromas and flavours. Succulent and refreshing. Drink now. Screw cap."

“The greatest wines I have ever tried have been difficult to describe, it’s as though words aren’t enough.” SCP

Harvest: Handpicked on the 12th of April 2018, from the top of the vineyard only.
Process: Each parcel gently crushed and kept separate; spontaneously fermented and kept on skins for 100 days before very gentle pressing. Blended and settled in tank for 13 days before being sent to old French oak puncheons for malolactic fermentation and maturation.
Maturation: The best barrels were selected in July 2019 and sent to a 2800L vat for extended maturation.
Bottled: Bottled without fining or filtration on the 4th of August 2020, 3700 bottles produced.

Aroma: Amped | Perfume | Alive. The classic tar and roses followed by brick dust, dark berries, Luxardo liqueur, cherry kernels and pomegranate juice.
Flavour: Class | Grace | Charm. A cool entry of black currant granita is joined by grenadine, sumac and stewed rhubarb all held together by a wellworn leather belt. The finish has classic Negroni, dried citrus peel, hawthorn berries and black tea.
Texture: Layers of complexity and mouthfeel. The tannin comes in gentle but persuasive waves and the flavours meld with the texture. A tubular shape that fans out at the end much like a trumpet.
Cellar: We think it has the potential to cellar well for twenty plus years.

"A new top bottling of Nebbiolo from Pannell, this has pretty classical aromas of anise and red cherry with some orange zest, too. The complex tannin architecture is impressive, with a suave, velvety texture holding a fresh red-cherry core. Finely detailed and astutely pitched. Drink over the next eight years. Screw cap."

"A top-of-the-hill vineyard selection of vines and just 2 clones in play (for the record, clone 230 and what’s called the Mudgee clone, of undetermined origins despite its name), co-fermented with a 121–day long maceration. Nebbiolo’s paler garnet colour is immediately in the zone, the aromas lifted, with a black cherry, leather and terracotta-like earthiness. Once all of these meld on the palate, the wine becomes intently more about its savoury and sweet umami elements, the variety’s tannins wrapping up with a gentle force and subtle bitterness. Something special here."