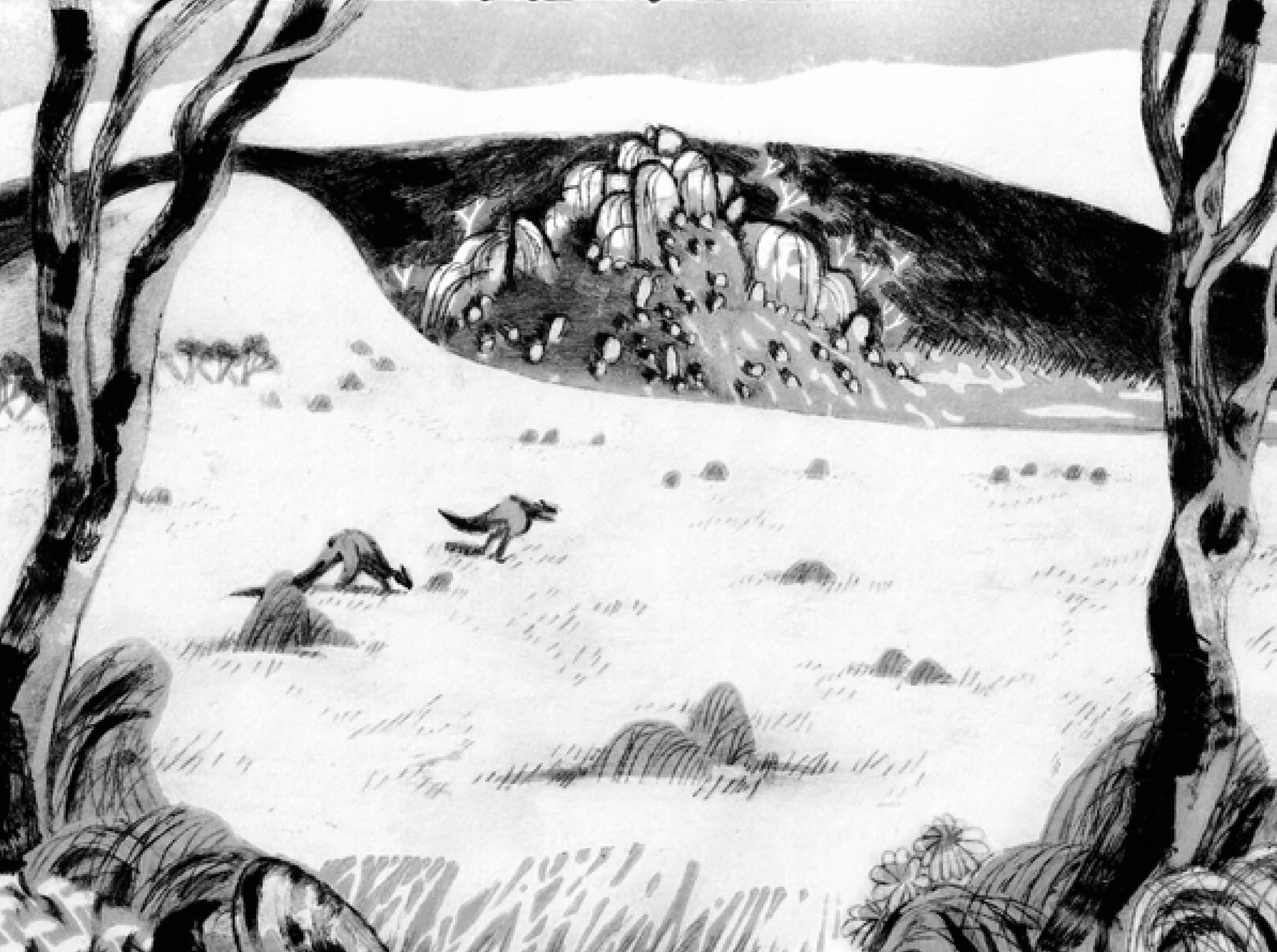 Eastern Peake Vineyards are set on a small plateau at Coghills Creek in the Ballarat Highlands some 25 km from Ballarat. A dramatic backdrop of a rugged granite outcrop of Mt Bolton, namely ‘Eastern Peake’ is to the west of the vineyard, creating the stunning view seen from the property. The east the vineyard overlooks the Mammaloid Hills of the Creswick Plains, named by Major Mitchell during his epic trail.

The Eastern Peake Vineyard was established in 1983, the first plantings being 8 acres of Pinot Noir followed by 4 acres of Chardonnay in 1991. In 1994 the decision was made to establish a winery and cellar door facility at Coghill’s Creek. The winery was completed in time for the 1995 vintage.

Eastern Peake is positioned at 430 metres above sea level, which is relatively high within Australian vineyards. The vineyard is a flat relief between fertile undulations. The site was originally selected for a vineyard by the late Trevor Mast (most famous for Mt Langi Ghiran). The soil is duplex in nature with clay loam basalt overlying a subsoil of clay and fine iron stone. The cool climate is ideal for producing high quality Pinot Noir and Chardonnay.

This is the most important part of Eastern Peake - The long standing Philosophy is that great wines are made from great healthy vineyards planted on an interesting site, a great winemaker never imprints their DNA the wine should always reflect the place it was grown.
Our vines are all caned pruned, trellised east-west. Vertical shoot positioning is utilised to maximise the exposure of the fruit to sunlight. we've transitioned from Regenerative Agriculture & use Organic Farming Practices on our land. Now the transition over to the philosophies of Quantum Agriculture, this has been a long term vision for our land.

Under vine cultivation is preformed to reduce to competion from weeds under vine using a Pellanc Tourensol, we've just upgraded to a new Clemens Radius SL Plus Under vine Cultivator which is far more effective/gentle on the vineyard. Extensive straw mulch is also spread under vine to increase organic matter, microorganism's & activity as well as reducing evaporation in summer & the loss of top soil. Disease pressures are normally low due to the relatively dry growing season, which allows the use of Copper & Sulphur, Ecocarb.

From 1998 - 2018 the vineyard was dry grown on low cropping levels (1-1.5 tonne/acre) the decision was made to reinstall all the irrigation for the the 2019 season, fortunately we did as there was no rain from mid December until mid may. This is the driest growing season on record. Thus from now Supplementary irrigation is carried out. Cropping levels are around 1tonne - 2.5 tonne to the acre for Pinot Noir and Chardonnay.​

Being at 430M ASL on a plateau helps with the flow of frost during the growing season, air currents are drawn down into the Creswick Valley below. This prevents frost from settling on the vines at their most venerable growth stages.​

Picking is carried out by hand, harvest is Usually Mid April, although in recent years due to climate change harvest has been in early march, sometimes difficult vintages it can be mid May before picking is completed.
Extensive use of bird netting ensures that the fruit can be harvested when the flavour profile and balance of acid and sugar levels have reached their optimum levels. Thanks to all the good farming practice & a very unique site the fruit is always in great condition most years. No Additions in the Winery are ever needed, we always have excellent natural acidity with a optimum ripeness on fruit year in year out. hence why the winery is run with Indigenous yeasts, the wines are unforced - their malo-lactic fermentation occurs naturally, everything is unfined, unfiltered & un-tinkered just a small amount of sulphur before bottling around 15-50ppm depending on the wine.

"After more than two decades of the same packaging it was time to change the look of Eastern Peake. We’ve loved our previous labels but felt it was time for a change to give the packaging a sense of place & belonging, something that reflects the past, present & the future. A tough brief for anyone to undertake, the incredible talented artist & friend Clare O’flynn took on the project & transformed the label using an etched lino print. Focusing on the granite outcrop “Eastern Peake” on Mount Bolton with intricate detail in the surrounds. The idea of the label is “before time” to think about the people who were managing the land prior to settlement.

Choosing the text for the label was pretty easy, Dianne Pym co-founder has very distinctive unique  handwriting. She also wrote the original letter to grow vines for Trevor Mast. We are very excited to release these brand new wines in a brand new look." - Eastern Peake

Cropping levels were very low in the Chardonnay (Clone I10V5) due to a poor fruit set from wind & rain at flowering. Whole bunched pressed fermented naturally in 300L hogs heads & 228L barriques, racked after 12 months élevage to tank, always full malo, no fining or filtering, bottled 6 months later from racking. A small amount of sulphur post malo & pre bottling. Vintage 2020 was a wild ride from climatic conditions out of our control, the wine is up there as one of the greats, a perfect pitch & balance from our terroir.

"Taking their time, as always. Glorious patience and righteousness with these EP wines, and geez, they cellar beautifully. New labels happening. Wine is from the amazing home vineyard at Coghills Creek.

2020 season was a low pressure & low yielding growing season, flowering was impacted by wind & rain things out of our control, we got everything right in the vineyard which looked fantastic. One interesting change from 2020 was the decision to go back to not using any whole bunch in fermentation (from 2013 we have been using 15- 30%) Fermented naturally in 3000L wax lined open concrete vats, basket pressed, 12 months élevage in 228L barriques (20% new), no fining or filtering, bottled 6 months after racking from barrel. A small amount of sulphur post malo & pre bottling.

"Some serious regenerative/organic farming going on at Eastern Peake, a family labour of love that focuses on increasing quality. New labels on the way.

First produced back in 1995, before dry rosé was a thing. Vintage 2021 will go down as one of the great seasons on record, uninterrupted flowering, near perfect fruit set, very low disease pressure, the vineyard was in perfect order from start to finish. After a lack of Taché for the last few years we finally have a better quantity of this sought after rosé.

As always its 100% Pinot Noir, from a selected parcel in the vineyard picked for rosé (made for purpose), whole bunch pressed, indigenous yeasts, 12 months extended lees contact, No fining, filtering or Tinkering. Thoughtfully produced to reflect on where it's grown.

The wine is our entry level pinot noir, a blend of 4 blocks, very limited production